Gardening is Always an Experiment Here

April 29, 2020
Gardening is always an experiment here, and by here I mean where ever we're living.  We did two years of gardening in Missouri, and have done something nearly every year we've lived in the Interior of Alaska.

We're not serious gardeners.  We're the kind of gardeners that try things because we can or because they sound interesting.  We spout seeds that are nearing 10 more years in age.  We plant all of our seedings at once. We grow tobacco, in Alaska, because we can.  We've grown green corn.  We've even experimented with potato towers.  We don't weed.  We eat what we grow and no two years are ever the same. 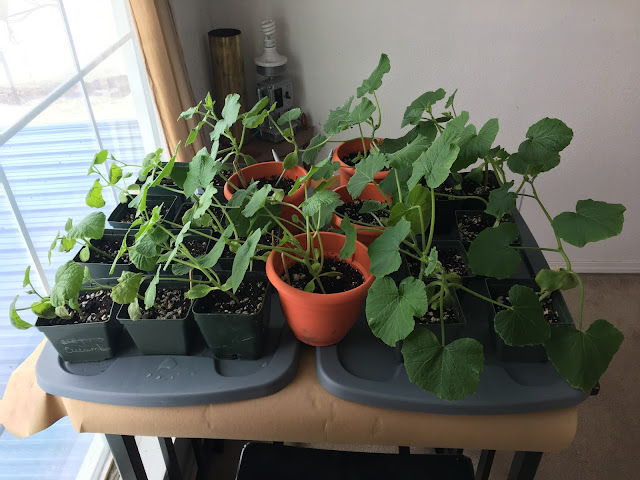 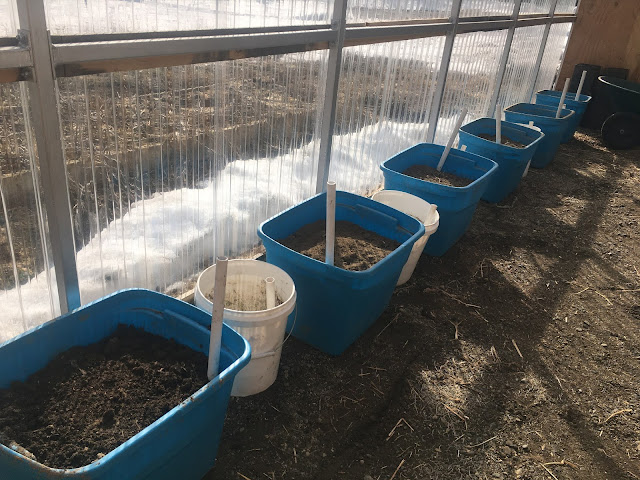 Life with moose in Alaska is tricky.  For newcomers, they're fascinating, for those who grew up here they're something for the freezer, and for the gardener they're the biggest pest for which there is not a relevant deterrent. 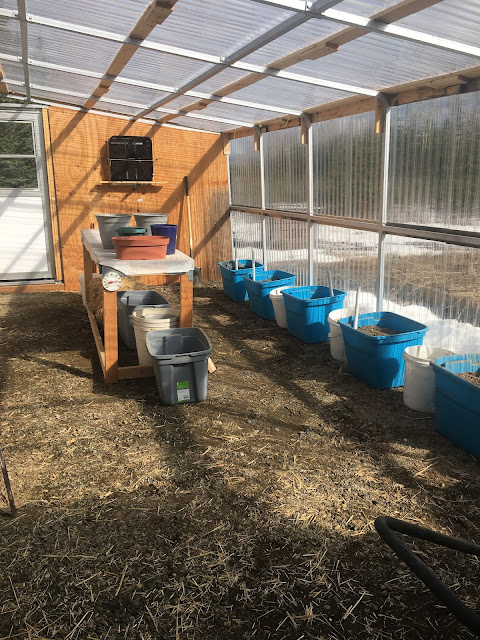 We have plans to build a potting table and some verticle shelving for smaller pots of herbs and such.  We'll also build a second table for containers and a trellis for the cucumbers and squash to climb along the back wall.  I order some shade cloth today, that will help us keep temps more manageable in our southern facing greenhouse.

I look forward to being able to eat more of the fruits of our labor this year, rather than them going to the moose.

The containers along the front are mostly for tomatoes.  The back wall isn't pictured, as it still needs a bit of clean up from winter storages, but pepper, squash, broccoli, Brussels sprouts, and pumpkins will be going along that wall.

We really aren't in it for the bounty, all though that is a great perk.  We grow to see what will happen.  This year we layered the containers with straw, dirt, ash, coffee grounds, and eggshells.  Why?  Just to see if it works better than other things we've tried.

Do you garden?  What's your style?  Are you a by the book, tried and true gardener?  Or are you more like us and throw caution to the wind and see what sprouts?
Alaskan Life DIY Gardening Life Snapshots