April 23, 2020
I chose the word adapting for two reasons, one I dislike the concept of ingredient substitution, and two this is about adapting to what you have available.  Just because a fancy magazine or tv chef made the recipe in the big city, does not mean you can't make it where you live.  If you live in the big city and have access to all the fancy ingredients that's fantastic, but then again you probably aren't reading my blog.  For the rest of us, recipe adaptation could be key to using the recipes you keep collecting. 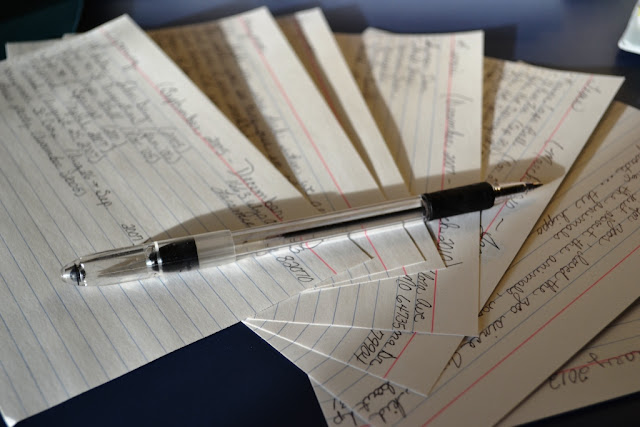 I think Alton Brown said it best in episode three of Quarantine Kitchen.  Of his wife Elizabeth, when he said she is an intuitive cook who just makes up things.  That is quite possibly the most accurate way to describe my cooking style as well.  There's a running joke in our house when I make something from intuition, hubby always asks if I wrote it down so we can make it again.

There are a few things to keep in mind with recipe adaptation.  First and foremost, it works well with cooking, but not always with baking.  Second, think about the flavors you'll be combining when you change the ingredients of a recipe, some things will work, some won't.  Three, be aware that not every recipe adaptation will be a raving success.  My saying used to be "if it doesn't work we call for pizza."  I'm gonna credit that motto with making me kind of fearless when it comes to cooking.

Baking recipes aren't as easy to adapt.  That's not to say it can't be done, but baking is more about science and formulas.  The only adaptations I usually do in baking are to add spices, increase vanilla, use applesauce in place of fat, change the mix-ins, and on some occasions swap the type of liquid.

Adaptations for cooking are free-range in our house.  I will literally change anything and everything.  I've been know combine two or more recipes to get what I want out of a dish.  Most of our favorite recipes have a plethora of notes scribbled on them.  Eventually, I type them up with all the changes so that I can easily share them, without having to explain all the scribbles.

Here are a few of the simpler examples of adaptations I've made:

Alice Springs Chicken, the original recipe came from Fabulously Creative.  I adapted this one by first removing the honey in the mustard sauce.  We've also used dried minced garlic in place of the onion flakes in the sauce.  Most recently we used swiss cheese to top the chicken.

No-Stir Granola, the original recipe came from America's Test Kitchen.  The adaptations to this recipe are switching the maple syrup with honey, pecans in place of almonds, ditching the dried fruit and adding different seeds to the mix.  I also add spices to each batch depending on my mood, but the biggest swap is to use quick oats in place of rolled oats.  You'll get a different texture if you use the originally called for rolled oats.  The quick oats gave me more of the store-bought granola texture without the tearing up of the roof of my mouth side affect.

These are just three examples of recipe adaptations.  Next week we'll talk about some of the common ingredients I use to adapt recipes.