June 18, 2020
Yes, I said addiction.  I'm officially addicted to the No-Knead Bread from Glen and Friends Cook.  I've made four loaves and counting.  I say and counting because on the third loaf I started using a levain.  Glen talks about the method here and shows you how to use it in this video.  Let's talk about this bread.
Loaf #1:
Made with 2 cups white flour and 1 1/2 cups whole wheat flour.  The flavor was nutty and almost hinged on being a sourdough.  The crust was very rustic and crisp.  Artisan bread it was.  It was easy to make and nearly fool proof. 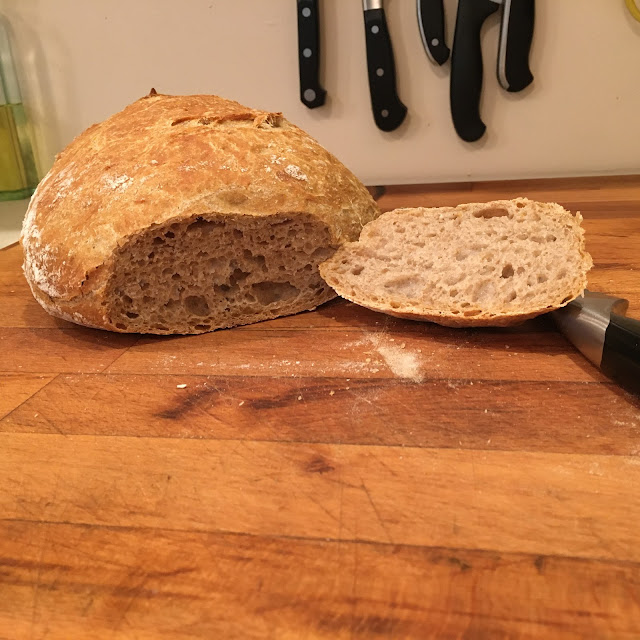 Loaf #2:
Made with 2 cups white flour and 1 1/2 cups barley flour.  With this loaf, I got less rise, but that was to be expected.  Barley flour isn't ideal for yeast bread because it's low in gluten and higher in fiber than traditional white or wheat flours and doesn't rise as much as traditional wheat flours.  While it's good, cut and buttered, it's better toasted.   I'll be honest I wouldn't use barley in this recipe again, not that it was bad, it just wasn't as good as the whole wheat. 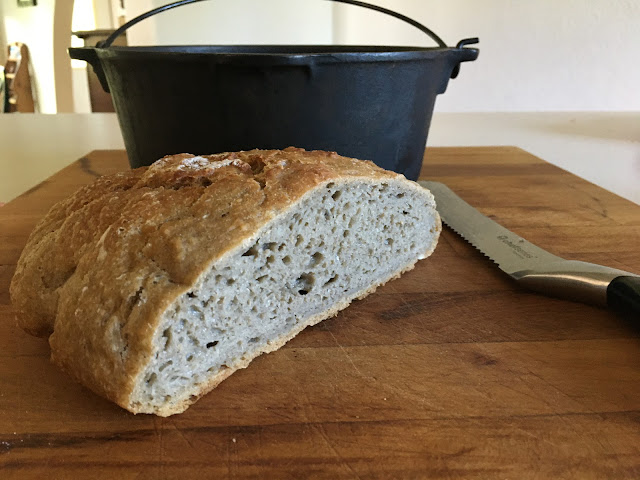 Loaf #3:
Made with all white flour (3 1/2 cups).  I made the third loaf based on the original recipe, yes I'm a rule breaker and don't always do things in order.  I also started my Levain with this loaf.  This loaf didn't last long.  The flavor was very much like any other white bread, but still had a good crisp crust and great chew. 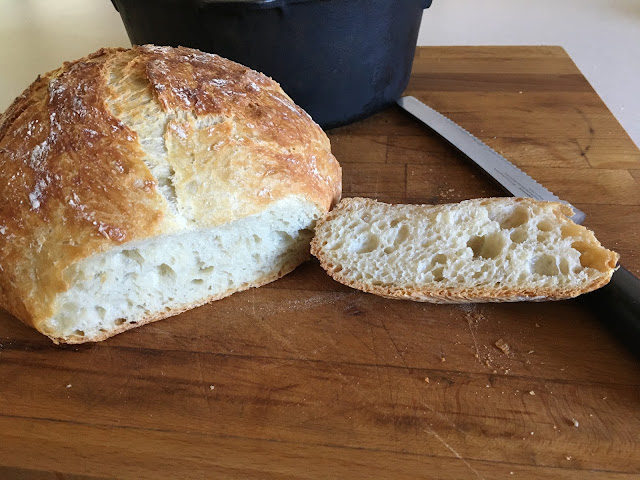 Loaf #4:
The first loaf made using the levain.  I feel like I got a similar result to loaf three.  Loaf four is similar in flavor to loaf three, but I think that will change over time as I continue to use the levain.  Using this option did take a little additional time and planning.  I had to pull the levain from the fridge and let it sit on the counter for 8 hours to bloom and grow a bit before adding the remaining flour and water called for in the no-knead recipe, as well as the salt.  When using this method no additional yeast is added to the dough. 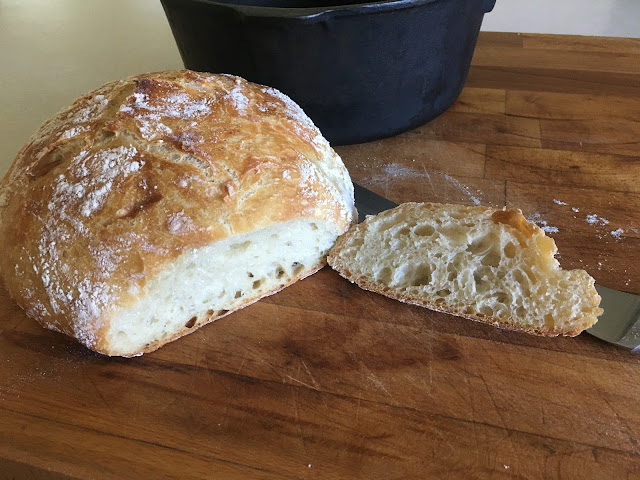 This is quickly becoming my favorite bread recipe.  I like the hands-off part of making the dough at night before bed, and then forgetting about it until the next day.  I also don't mind baking a loaf of bread first thing in the morning.  This is a recipe I see moving with me into the new normal when I go back to work in the Fall.  It's a recipe that would fit easily into my schedule.  I have plans for loaf five, using the levain and using a combination of whole wheat and white flour.