July 13, 2020
Overcast this morning, our summer has turned out to be the rainy and chilly version.  I can honestly say I prefer the hotter, smoky summers.  Yes, that does mean dry conditions with more forest fires, but our summers are long on daylight and short on time.  The fireweed is starting to bloom and Alaskan lore states that once the blooms reach the top tip summer has run out. 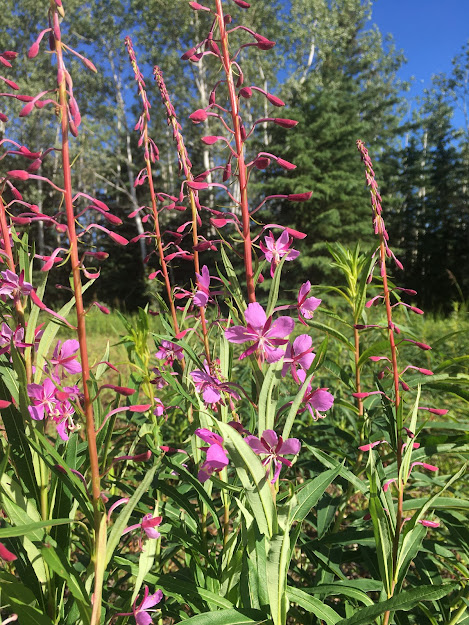 I'm eagerly awaiting the ripening of the tomatoes that are hanging on the vines of our many tomato plants.  We have several varieties, all with blossoms and fruit on them.  I'm ready for ripe juicy fruit to make Caprese salad and maybe some gazpacho before the season shifts back into hearty meals and colder weather. 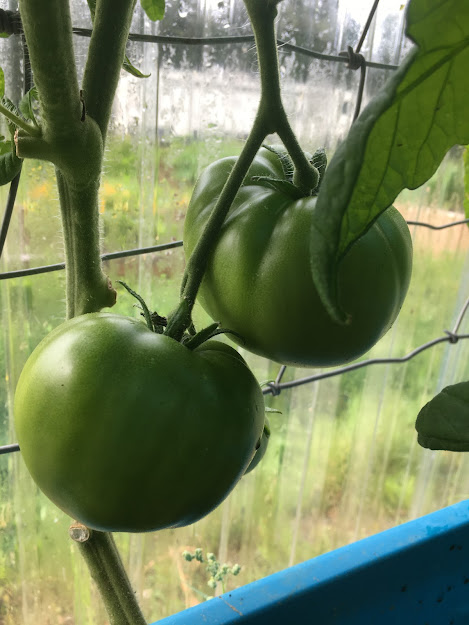 Our corn is growing well, even with the rainy weather.  Our goal this year is to get a few ears for drying and seed saving.  This is a dent variety from Colorado that is cold hardy.  Dent corn varieties are used for drying and grinding into cornmeal.  No corn on the cob from this patch. 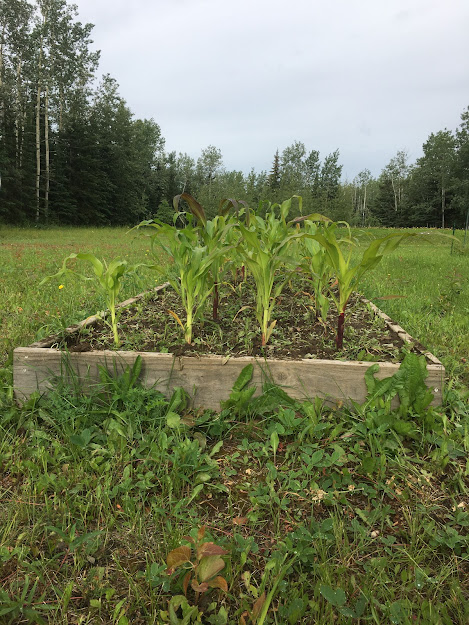 I'm hoping to get seeds from the sunflower and some romaine lettuce that bolted, that I have drying in the greenhouse.  The sunflower came to an early demise a few weeks ago, but it had seeds in the head so we're drying it to see if we can plant the seeds next year.  The romaine is from a growing experiment of rooting the end of a grocery store head and planting. 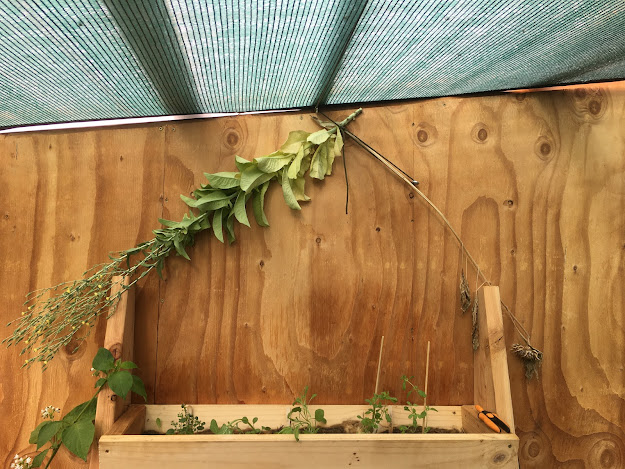 The microclimate in our greenhouse is such that we have a fungus population growing in and around our raised bed.  I discovered this crazy ruffled one growing at the base of the garden box on Sunday while watering. 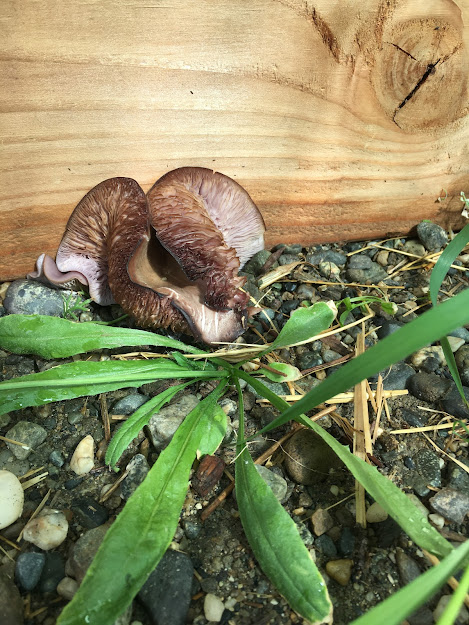 Down a little further, we also have these vivid purple ones growing.  I've never seen purple mushrooms before.  They're quite interesting with a smooth almost gummy looking top and ruffled gills that peek out from the curled edges. 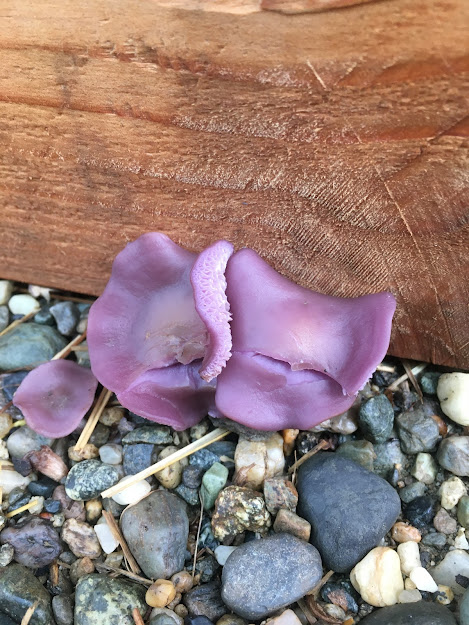 Last week's basil harvest was turned into the Besto Pesto recipe from Homestead & Chill.  This was the first time I've ever added lemon juice to a pesto recipe and I'm gonna have to say that Deanna is right this is the Besto Pesto.  We used it on pasta the first night, but have been using the leftovers as a sandwich spread. 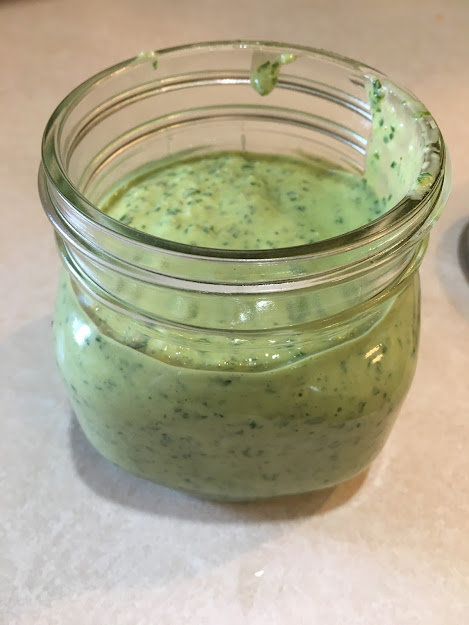 Our garden is growing and I am pondering food stability more and more.  I learned a while back that Alaska only supplies 5% of its own food, the remaining food that we consume in this start is shipped in by truck or barge.  Yes, I realize a big part of this can be attributed to the short growing season and the long cold, sometimes harsh, winters.  It has also become cheaper and easier to ship food in, but what happens if food shipping and transport become less stable?
We saw what happened with flour and yeast at the start of the pandemic.  Then the purchasing limits put on meat as packing plants were closed because of outbreaks.  What if that would have happened to a lot more things?  How stable is your food culture where you live?  Do you buy locally grown?  Do you grow your own?
We saw restaurants close and an uptick in people learning to cook, but many people were still dependent on prepared heat and eat options.  What happens if those options are no longer available?  I've thought about what could have happened to the food supply chain to Alaska had the rioters in Seattle elected to take over the shipping docks rather than a police station and six-block.
This isn't a doomsday speech, just food for thought, to stimulate hard conversations.  I'm merely sharing the questions that are running wild in my head.  I think these are conversations that every household should be having.
Alaskan Life Reflections