January 16, 2021
What a week.  Working on new things and building better habits, never an easy transition, but it's coming along.  Leaving social media has been a healthy move for me, all be it trying at times.  I really had no idea how much time it was taking up in my daily activities.  Trying to keep up with what we're told is the best way to build a following, which became a never-ending posting and commenting cycle.  It's good to get off the rat wheel.
So what did we eat this week and what else is happening at the Porch Postscript?  We ate a lot of simple dishes this week, nothing fancy or too involved.  I picked up my knitting again.  I've also been watching a lot of Milk Street on youtube.
I made Undon noodles one night for dinner.  I can get these noodles in the produce section of our local grocery store.  They are basically a fatter, fresh ramen noodle.  Quick and easy to make, just boil water, add noodles and seasoning packet, and cook until noodles are heated through.  Then we opt to make our noodle bowl much like Vitanameese Pho soup.  This version includes thinly sliced roast beef, cremini mushrooms, snow peas, jalapenos, and cilantro.  The heat of the noodles and broth warms the other ingredients.  We had Chinese Roti with our noodles.  I grab these at an oriental grocery store in Fairbanks.  They come frozen and you just heat them on a hot griddle until they are golden brown on both sides.  I think of them as the Chinese version of flatbread or tortillas. 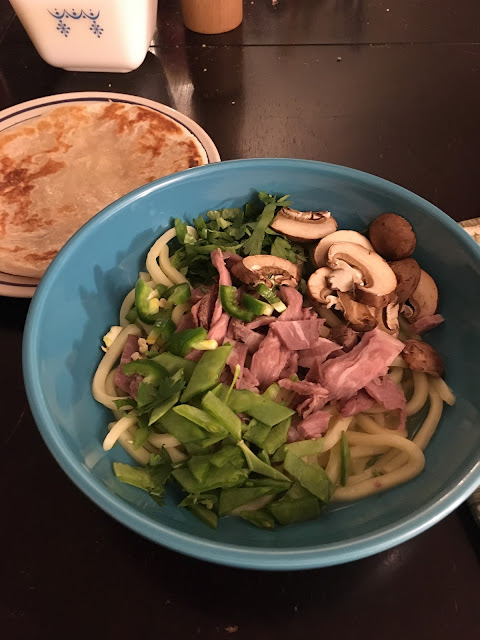 Reinventing leftovers is an ongoing challenge in our house.  This week I took the roasted potatoes I had in the fridge and diced them.  I added the potatoes to a skillet with some diced bell peppers and Italian sausage.  Saute until sausage is cooked through and potatoes have browned slightly.  We topped it with grated parmesan and sided with flatbread. 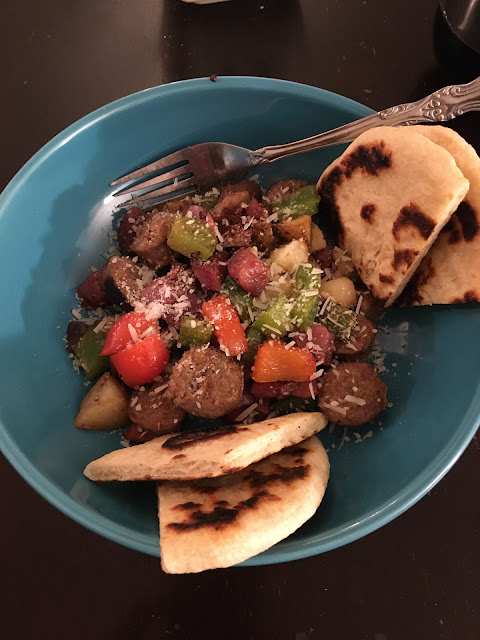 I picked up my knitting needles after a VERY long hiatus.  I completed a project that had been on the needles for well over two years.  I enjoyed finishing the project and decided to start a new project.  I'm using a self-striping yarn and the Stripy Spring Shawl pattern from Ravelry.  Hopefully, it won't take two years to finish this one. 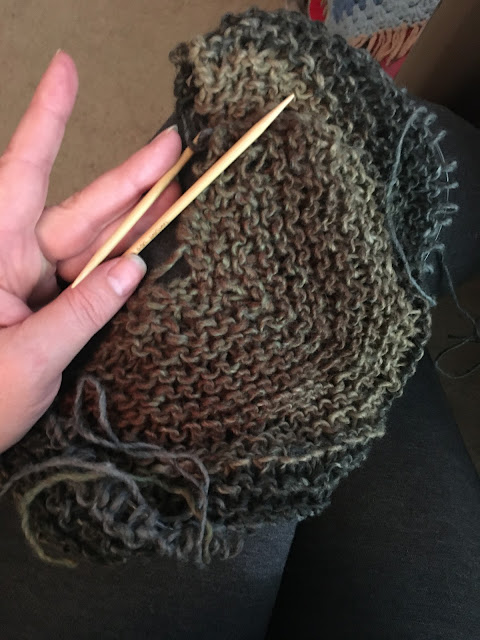 Salmon Cakes, some people love them and some hate them.  I didn't like them until I was an adult and found a recipe that was more salmon than filler.  The recipe I use comes from the Food is Us by Gloria Kubel.  We enjoyed them this past week with baby roasted potatoes and steamed snow peas.  The Salmon Cake recipe isn't complete without the dill yogurt sauce. 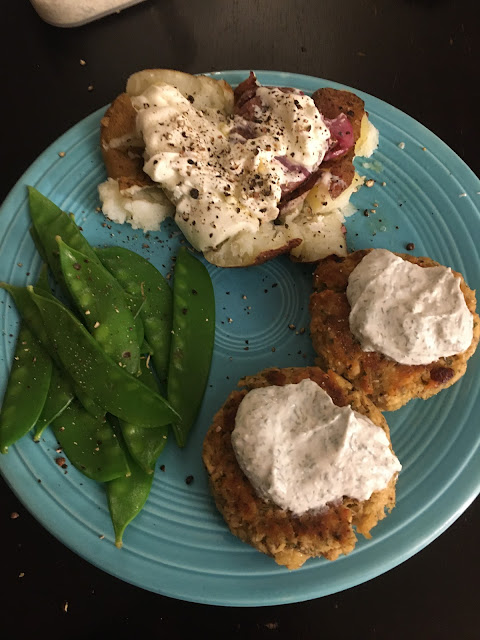 I'm still baking at least a loaf a week of no-knead bread.  This was my first loaf in the new Castiron 2-in-1 Multi-Cooker that I received for Christmas.  I first read about this pan over on Homestead and Chill's blog in her article about baking sourdough.  Hubby decided it was worthy of being a Christmas gift, so I was lucky enough to find one under the tree.  While the Dutch oven makes a beautiful loaf, this pan is easier to use in my opinion.  I suggest you read Deanna's post about sourdough to learn more about this method of baking bread. 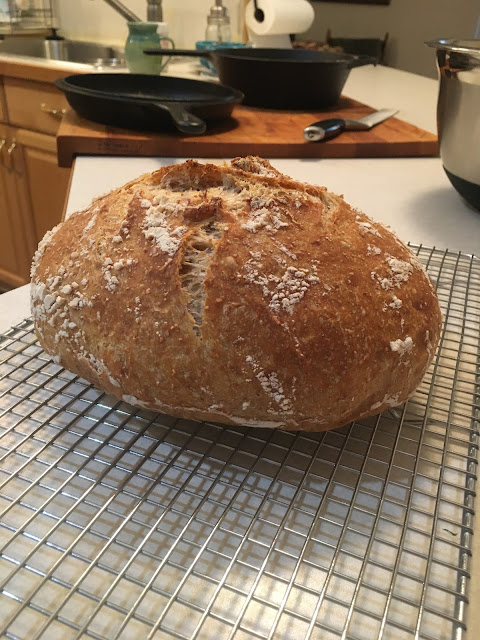 That wraps up this week of postscript.  Have a blessed week and I'll see you back here next week for another bit of cooking and snapshots of our life.