"It's Alaska, Everyone Has a Side Hustle"

April 12, 2021
"It's Alaska, everyone has a side hustle" - this quote that rings in my ears frequently.  Part of a conversation a friend of mine and I had when discussing why I left my previous job with a regional training center.  He's currently a principal, with goals of racing sled dogs and finishing a few of the manuscripts he's been working on for years.  I'm sure there are other ventures up his sleeve as well. 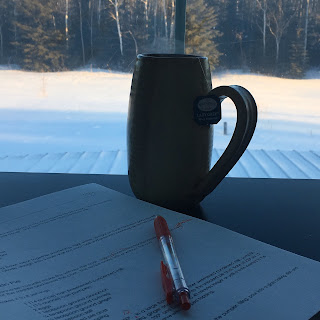 I honestly haven't talked much about why I left that job in October, other than to the people in my life who knew I was burned out.  The list of reasons for leaving is long and many, but the tipping point was when I publicly announced that I was starting a new side hustle.  Rather than come to me and ask me directly what my plans were there was a bit of a backstabbing fallout and I resigned.
The back story that everyone needs to know, my previous job I had was part-time, roughly 20 hours a week with no contract stating that I couldn't work outside of the organization when I was off the clock.  There I said it, that's the reason I left.  I left because one person was pissed that I might make something out of my side hustle and leave one day.
I've always yearned to own my own business, and I'll never be forced to choose my day job over my side hustle.   I've had a side hustle in one form or another since I was in high school.  The truth of the matter is I was leaving one day anyway.  It's never been a secret that we're not Alaska lifers, or as we usually say "we didn't drink the kool-aid."  If you're too young to have ever heard about Jim Jones, you won't get that reference.  Go look it up.
Moving to Alaska was good for us in so many ways, but the most growth for me has happened in having faith in my own art and talent enough to put myself out there and start saying things like "I'm an Artist".  I've never been afraid to try things and put together the idea of a side hustle with hopes of building it into something more, but not until I live here did I actually start being vocal about the other side of my life.  The creative side, the side that society kind of teaches us to abandoned and leave behind for a career.  All of that said, living in Alaska has always been a stop on the journey, not the final destination.
Now I'm known for making handmade cards.  What's more, is I have a great group of people around me building me up, encouraging me, and cheering me on.  I recently started a new job with the local Cooperative Extension office and the people I've chosen to surround myself with don't see my getting a new job as a copout.  They don't view it as a failure in building my business.  They see it as I do, one more stepping stone to building my business and grow.  I have amazing friends.
The thing is, I think more of us have side hustle than we want to admit or share.  Many of us talk openly about chasing our dreams and the hustle to get there, whether it's on the side or not.  I've seen any number of people chase a dream they aren't sure will fly, but this is the first time in my life I've been surrounded by people doing just that.  I have so many friends chasing dreams and supporting each other.
One of my dearest friends is working hard building a food truck business all while working another job.  Her day job has her managing grants and training a new person to fill some big shoes that were left behind by me.  We started and co-workers, who struggled a bit to learn to work together, and became close friends feeding each other's dreams and supporting each other.  It's not just about having a cheerleader, I buy her food and she buys my cards.  We actually, sincerely believe in each other.
Then there's my friend that works three jobs and still finds time to build a side hustle of handmade goods.  While she's not looking to build it into a full-time job she's still out there sharing her amazing makes.  Again it's not just about hallow support.  It's about genuinely believing in and actually supporting the side hustle.
My bestie back home has also started a side hustle, much like my own card venture.  She's also a handmade card artist and is working to put her cards into a few gift shops and an online shop.  She's working in her off hours from her full-time job doing some amazing things.
So what is the point of all of this?  Quite frankly it goes back to some words of wisdom shared by Jill over on the  Whispering Willow Farms Instagram Stories - "be kind and extend grace." 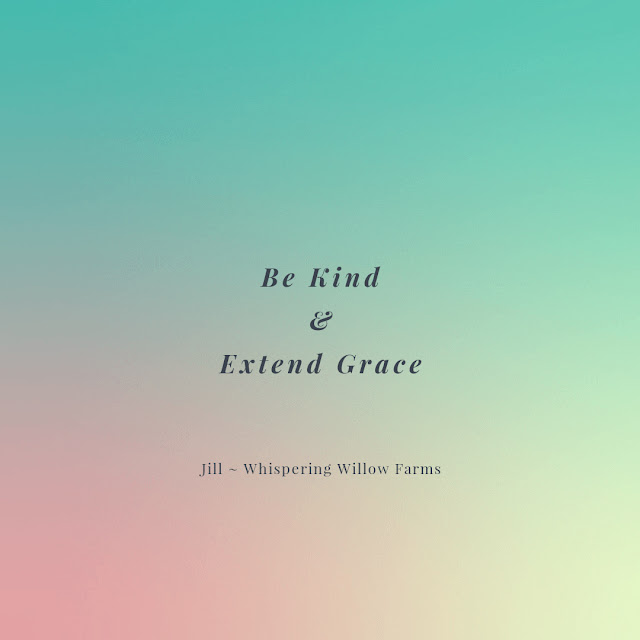 I'm saying all of this because more of the doubters out there need to keep a lid on it if they aren't going to do just that.  Be kind and extend grace.  We're all learning.  We're all following our own path.  If our pursuit of something more makes you uncomfortable, that's on you no us.  If the growth and success of someone else's dream makes you jealous or angry I would say look inward.  Acting out with angry, spiteful, or controlling comments is about your discomfort, not ours.
For those of you chasing that next dream and building the world, you want to surround yourself, keeping going!  Keep building.  Keep chasing.  Find others you can believe in and build a support network.  Keep learning and growing, but most of all be kind and extend grace to the fellow dream chasers out there.