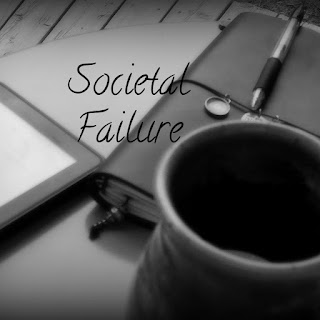 Are you a societal failure?  WOW!  Did I just opened a big can of worms, didn't I?  Yep.  Get your coffee and let's talk about this.

I'm a societal failure!  I don't fit the mold on so many levels.  What's more, I'm proud of it!  How have I failed in the eyes of society?  I don't have a degree, I got married later, I don't have kids and I'm an artist.

Let's start with NO COLLEGE DEGREE.  That's right, I don't have a degree.  What's more, I don't want one.  Now, let's put things on the table right now.  I'm not against college.  I work with college-bound students five days a week.  However, college isn't for everyone and it shouldn't be forced on anyone, let alone someone who is still trying to figure out what they're interests are.

We start asking children what they want to be when they grow up once they're old enough to talk.  They tout things that don't always fit in the box society has built, but it's okay at five.  We think it's cute when they say things like fairy princess and race car driver.  When they reach ninth grade we ask them to get serious and to pick a "pathway" for their future. 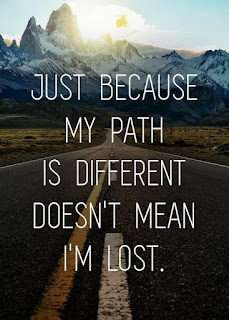 What amazes me about this is we don't think they're mentally developed enough to drive, drink or vote, yet they should know what "pathway" they want to take for the rest of their lives.  Seriously?  They're 14 and 15 years old.  You don't need a "pathway" to learn to be productive, contributing members of society.  We should be setting examples of respect, responsibility, accountability, and leadership.

MARRIED, I can check that box, but not the way society thinks I should have.  I was 29 when I got married.  Which amazingly enough is still kind of a double standard in today's society.  It's okay for men to wait to get married, but not women.  Once we pass the age of about 25 we get labeled as "the crazy cat lady," which 50 years ago was labeled "spinster" and "old maid."  I was none of these.  I was 27 when I met my Hubby, and even when we started dating getting married wasn't high on my list. I was looking for someone to enjoy doing things with, but by society's standards, I was behind on all the things.  I was supposed to already have a degree, be married and be started on building a family.

That catapults us into failure number three - NO CHILDREN.  This was our choice, and as you learned in yesterday's post, I'm 39.  What's more, while people no longer ask me when we're going to have kids, they still show me the sad face when I say we don't have children.  What infuriates me the most about this is that while we chose not to have children there are people out there trying without success.  It's none of your damn business, stop asking and stop putting on the "that's to bad face" when you encounter people without children.  You don't know their story.  It's not sad that I don't have children, it's a choice.  While I've never been in the shoes of someone trying to conceive, I'm going to guess that you just put them in an awkward, emotional position and they probably don't want to share their battle with someone they just met.  I've learned, that as a general rule, people with kids are going to talk about them, you won't have to ask.  So if they don't volunteer don't ask.  Because why?  Oh yeah!  It's none of your damn business. 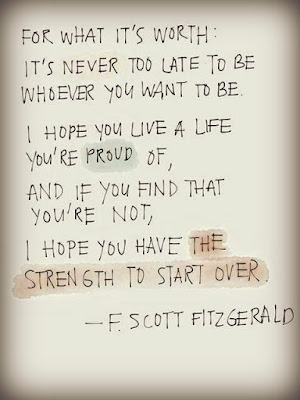 I'M AN ARTIST!  This is a big one for me because it took me 37 years to say this out loud, to a stranger's face.  Not an artist in the starving sense of the term, but an artist none the less.  There's that little critique in my head saying "you're no artist, you don't make money doing it."  Don't mind me while I tell that little voice to piss off!  It took me a lot of years to become comfortable with sharing my art and telling the world  I'm an artist.  Mostly because all I ever heard was "you can't do that for a living" when I was growing up.  What they failed to say was that, while I may never make a living doing it I could do it on the side with my other endeavors of life.

I'm sure there are a dozen other ways that I'm a failure in the eyes of the societal norm.  To which I say SCREW OFF!  There will always be labels, rules and square holes for round pegs.  Labels are meant to be torn off, rules broken and round holes to be found.  We don't get there by asking for handouts, placing blame on others, or getting what we "deserve."  No one is entitled to a damn thing if they didn't earn it.  No go out there, earn some respect, show your accountability, take responsibility and show some leadership.  When you do these things it won't matter if you fit into the societal norms.  You'll be confident in yourself and you won't give two shits what society and it's norms think about you.
Reflections