On Not Having Children

March 07, 2018
It's really simply amazing the thoughts people think about women who don't have children.  It's also simply amazing how rude other women are about the whole concept.  Now that I'm 40 no one is asking me about having kids anymore, thank heavens, but when I got married at the age of 29 that was a hot topic of conversation.  I used to come home from work at least a few times a week and complain about the constant topic of children.  My husband always said it had to be a female thing. 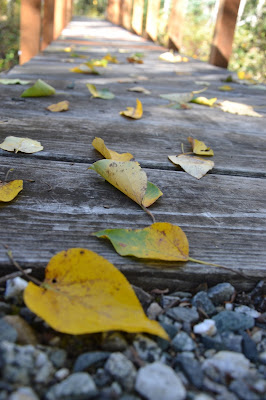 Let's face it, men don't go through the barrage of questions women do.  It all starts with "why don't you have a boyfriend", then you get a boyfriend.  Next, they ask "is there's a wedding in the future", you become engaged.  Next, come the questions about a date for the "big day", finally a date is set and you tie the knot.  Questions don't stop there, they always move on the badgering you about when are you planning to start a family, to which I very often wanted to reply "None of your damn business."  Which, let's be honest, would have been easier the awkwardness of explaining why we didn't want kids.

When you go out on a limb and explain that you won't be having children, most women jump to the conclusion that you hate kids.  Never, ever does it cross anyone's minds that you just genuinely don't have an interest in having your own.  I've been called selfish, told I didn't know what I was missing out on, and even been given sympathy for how empty my life must be.  REALLY?  It was our choice, and we choose no.  End of conversation.  This wasn't about how anyone else felt about our decision, this was what was best for us.

This merry-go-round went on until I reached about 35 or 36.  Then it mostly mellowed out to people asking if I had kids, me saying no and them saying "that's to bad".  To which I very often wanted to ask "for who"?

I'll be quite frank here, this is by far the worst question to ask ANY woman.  Why?  Because you have no idea what she is really going through.  We choose not to have children, but there are many women who desperately want a child and are struggling to make that dream a reality.  When you ask that woman about having children you are kicking a woman while she is down.  Would you ask her when she's having a baby if you knew that was a daily struggle for her?

What I really want to say every time I hear someone ask anyone questions about starting a family or having more children - SHUT UP!!!!  It is none of your business!!  If you know me personally you know I'm leaving out some less than PG additives here but in all seriousness mind your own damn business and stop asking when a woman is going to start a family.

Everyone has the right to make so many choices in life,  why is it so against the grain for a woman to accept another woman's choice not to have children?  I can't count how many times I wanted to go off on other women and tell them things like - "I'm not missing out on a damn thing", " No I don't hate children", "I'm not selfish", and my favorite "What gives you the right to look down your nose at me for not having any children".

I have tons of friends with children, many of which I love as if they were my own, but I don't want to talk about anyone's pregnancy, not yours, your friends, your sisters, your daughters, or your neighbors.  No.  Really.  I don't.  If there isn't more to your life than having babies we can't be friends.  I wasn't put on this earth to populate it, and there are many other women out there like me.  If you're one of these women, I hope this gives you strength to stand by your choice and know that saying no to having children is perfectly acceptable.  Your life can be full with or without children.  Support that woman who doesn't feel called to be a mother, don't badger her with questions about having babies.
Reflections