April 08, 2019
I've been down with a nasty Spring cold for somewhere in the ballpark of eight days.  I actually think this is worse than the bronchitis I had while we were on vacation over the Christmas Holidays. 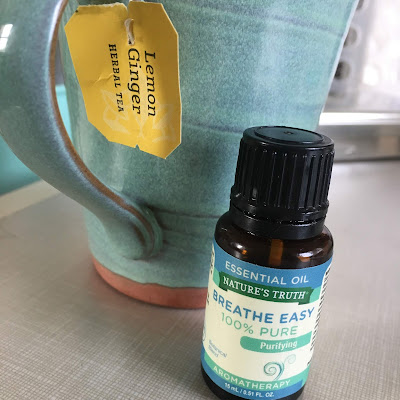 I took nearly an entire week off work and I still feel exhausted and rung out.  I still have the stuffy nose and congestion.  It's getting better, but this one is a hanger-on.  Hubby had it first, he was kind enough to bring it home from work.  He's a week father into this crud than I am, but he's still has a bit of a cough and is rundown.  We're both on the mend, but this one really took it out of us.  We're noticing the older we get the harder it is to get over these things.

We're both pretty good about staying home when we're sick, but not everyone uses their sick time as they should.  Seriously, that's what it's for and the rest of us would totally appreciate it if you'd use it rather than bringing your cud to the office to share it.

Too many people think that the world won't run if they aren't there.  I've got news for you, it will and it does.  If you're hit by a bus on the way to work, work will still go on without you.  It's hard to let go and stay home.  I totally get that.  I work for a small non-profit and there are only a few of us that keep things running, but guess what the world didn't end when I didn't go in for a week.  Will there be fires to put out when I go in today?  Most likely, but nothing that can't be handled.

I for one am sick and tired of being sick and tired.  We all burn the candle at both ends way too much, and I don't mean like when we were all in our twenties.  I mean, we work 8 to 10 hours a day, pushing ourselves to keep doing more.  We're adding more tasks and more stress into a day that is only 24 hours long.  We sleep less, spend less time with the people we love, and run faster to chase the "American dream."  Is it worth it?

When you run into someone at the store or the post office does your conversation sound like a broken record on repeat?  Does it go something like this:

That call is never made and that lunch is never had because we're all too "crazy busy" to slow down and do it.  At what point do we stop having this conversation?  I'd rather not have this conversation.  I've intentionally stopped asking people "how's it going?" and started asking "how are you?" Because while I don't need a deep conversation while waiting in the checkout line, I also don't want to have the same hollow conversation with everyone.  Why are we all so afraid to have an honest conversation?  Why are we all so obsessed with the fear of missing out that we aren't slowing down to enjoy the friends we have and the family we love?

When you rush through everything you miss all the little things that make life wonderful.  In the end, no one ever says they wish they'd worked more.  And, yes, I probably have had too much time alone in the house while I've been sick, but I do some of my best thinking when I'm left to my own devices.
Reflections